Darkstat is a network statistics gatherer.Effectively, it’s a packet sniffer which runs as a background process on a cable/DSL router, gathers all sorts of useless but interesting statistics,and serves them over HTTP.

# Turn this to yes when you have configured the options below.

Now you need to start the darkstat using the following command

This will start the darkstat process

Now if you want to see your network stats go to http://youripaddress:666

Here you can see some of the screenshots for darkstat

Once you open the http://youripaddress:666 you should see the following screen 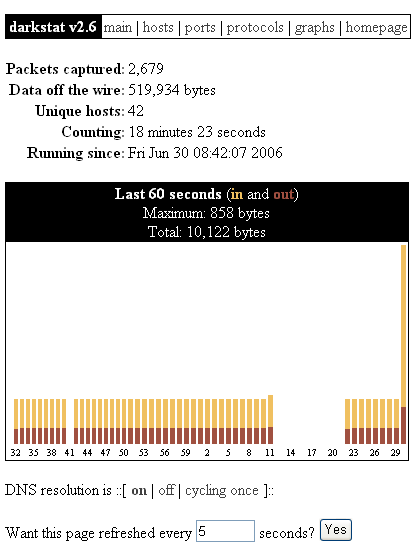 Hosts screen you can see all the machines which take part in the communication. These can be arranged by the caused traffic or their particular IP address. 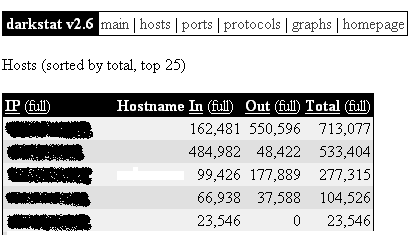 Protocols Screen protocols ICMP,TCP,IGP and UDP for the file transmission, which were involved in the communication event. 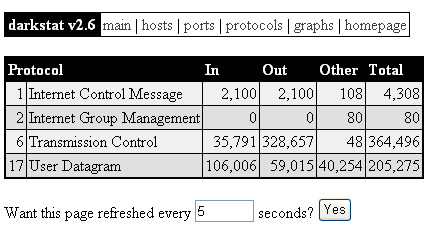 There are other tools which you can use as follows

Wireshark® is used by network professionals around the world for troubleshooting, analysis, software and protocol development, and education. It has all of the standard features you would expect in a protocol analyzer, and several features not seen in any other product. Its open source license allows talented experts in the networking community to add enhancements. It runs on all popular computing platforms, including Unix, Linux, and Windows. 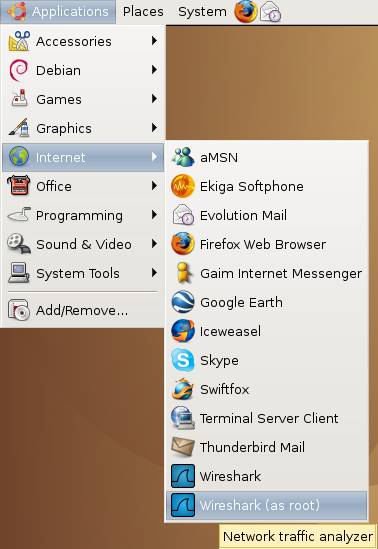 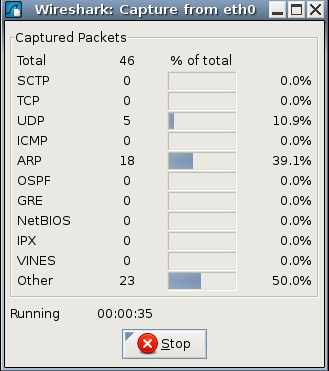 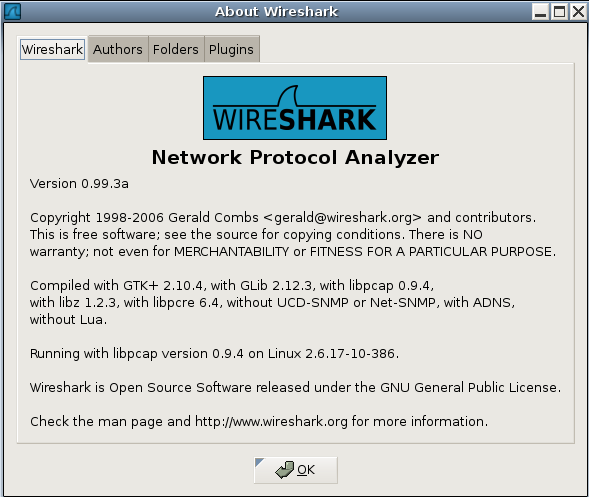 EtherApe is a graphical network monitor for Unix modeled after etherman. Featuring link layer, ip and TCP modes, it displays network activity graphically. Hosts and links change in size with traffic. Color coded protocols display.
It supports Ethernet, FDDI, Token Ring, ISDN, PPP and SLIP devices. It can filter traffic to be shown, and can read traffic from a file as well as live from the network. 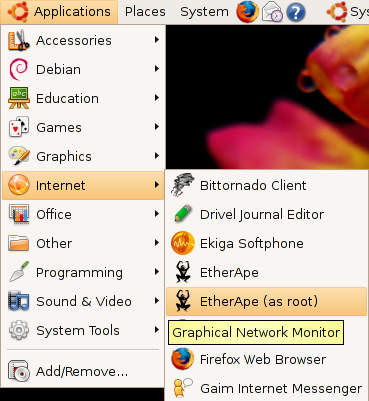 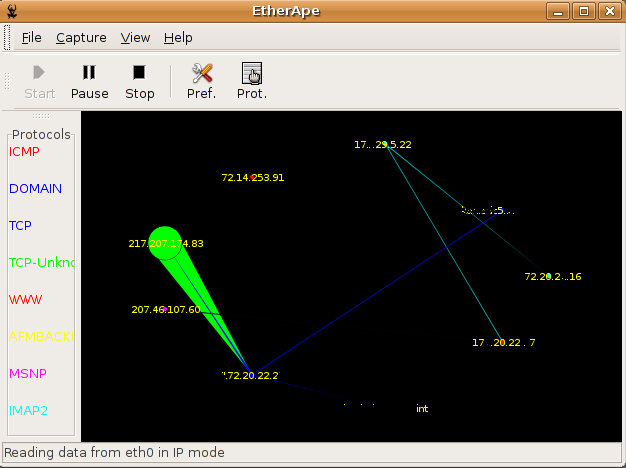 Console-based ethernet statistics monitor.Ethstatus is a console-based monitoring utility for displaying statistical data of the ethernet interface on a quantity basis. It is similar to iptraf but is meant to run as a permanent console task to monitor the network load.

you should see the following screen with all the details 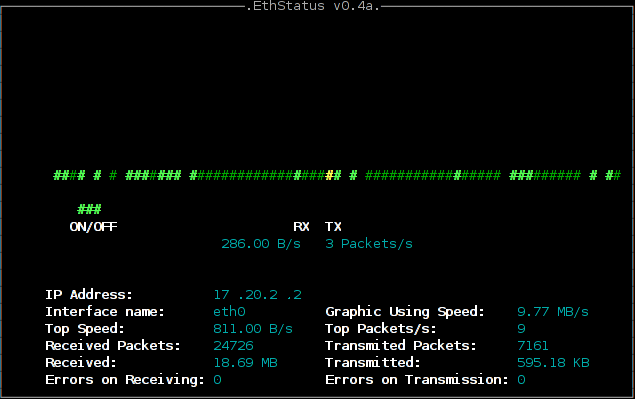 2 thoughts on “Network traffic analyzer for Your Ubuntu System”