“Munin” means “memory”.Munin the tool surveys all your computers and remembers what it saw. It presents all the information in in graphs through a web interface. Its emphasis is on plug and play capabilities. After completing a installation a high number of monitoring plugins will be playing with no more effort. Using Munin you can easily monitor the performance of your computers, networks, SANs, and quite possibly applications as well. It makes it easy to determine “what’s different today” when a performance problem crops up. It makes it easy to see how you’re doing capacity wise on all limited resources.

It uses the excellent RRDTool and is written in Perl. Munin has a master/node architecture in which the master connects to all the nodes at regular intervals and asks them for sdata. It then stores the data in RRD files, and (if needed) updates the graphs. One of the main goals has been ease of creating new plugins (graphs).

munin (munin server) – the part that creates the monitoring graphs

If you want to configure munin server you need to edit the /etc/munin/munin.conf file.The sample file looks like below.

# The next three variables specifies where the location of the RRD
# databases, the HTML output, and the logs, severally. They all
# must be writable by the user running munin-cron.

If you want to change any of the paths you need to change here.The one thing you might want to change is htmldir option
where you can change for you clients name or any other name suitable for you

Most Important thing is adding clients machines to munin.conf file for this you can see by default

localhost.localdomain is added under a simple host tree that looks like this

This will install munin node package and it will create a folder called /etc/munin.

this contains the following files

plugin-conf.d – Configuration of plugins for this node

Now you need to configure the munin-node.conf file

# Regexps for files to ignore

# Set this if the client doesn’t report the correct hostname when
# telnetting to localhost, port 4949
#
#host_name localhost.localdomain

# A list of addresses that are allowed to connect. This must be a
# regular expression, due to brain damage in Net::Server, which
# doesn’t understand CIDR-style network notation. You may repeat
# the allow line as many times as you’d like

In the above configuration file there are two important things you need to enter first one is under
#host_name localhost.localdomain you need to add your client machine fully qualified name example

Second one is you need to enter the server ipaddress by defauly you can see 127.0.0.1 in your config file under that

you need to add your munin server ipaddress example as follows

Now you need to add the user,group,command,env. and plugin name

Now look in to plugins/ directory it is a directory in which each file is a symlink to a real plugin in /usr/share/munin/plugins.Any plugin linked in here will be checked for and displayed in the resulting web pages.Add the plugins you want (e.g. if running exim4 then I’d add postfix_queue and postfix_stats).You’ll need to set user/group rights in the munin-node conf file.

Most plugins can be run from the command line with the autoconf param to check if they can run – e.g.

That’s it from client side configuration

You need to add all your client machines list under this

After entering all the client machine details you need to the following command to take the effect of our new changes effect.

Now you need to go to http://your-server-ip/munin/ you should see the following screen if you have more no.of clients it should show those clients also 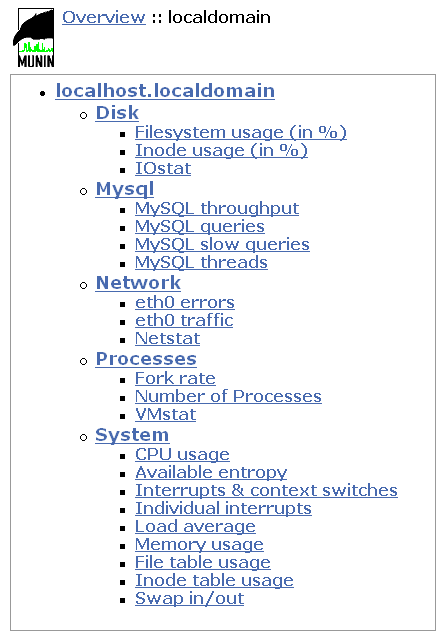 If you want to see the graphs you need to wait for some time this is automaticalling done by munin.Munin sets up a cron job via the file /etc/cron.d/munin which will run /usr/bin/munin-cron.Running this file will poll each of the nodes – and then will create the graphs in /var/www/html

Keeping an eye on these graphs will help you to keep your servers running healthily – and can give advance warning of problems to come.

munin-node.log – should show the connections that are occuring.

munin-graph.log – should show info on the services being graphed.

munin-html.log – should show info on the html being generated.

munin-node.log – should show the connections that are occuring

Here is the some of the sample Graphs i have got from my server machine these graphs are for one day it will show by weekly,by monthly and by Yearly Graphs also 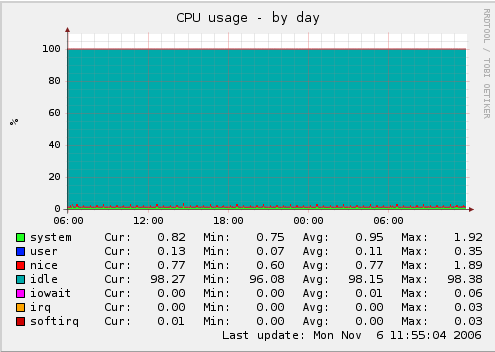 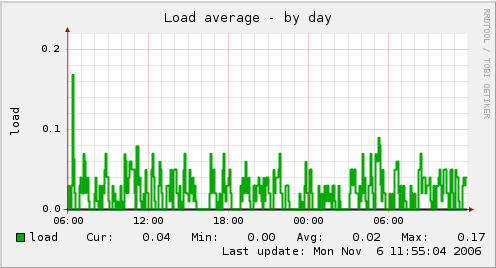 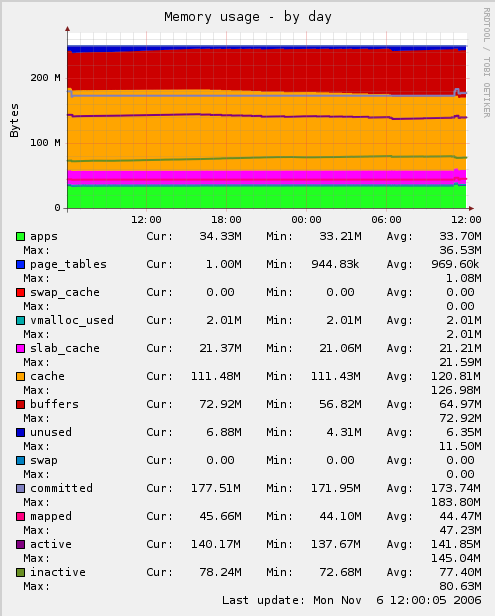 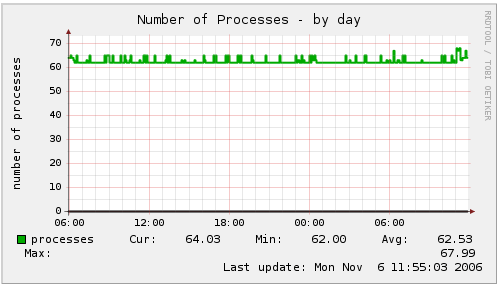 6 thoughts on “Monitor Servers and Clients using Munin in Ubuntu”