PIDA is the Python Integrated Development Application. It is an IDE (integrated development environment) written in Python and the GTK+ graphical toolkit.

Pida is an IDE, but one that is slightly different from other IDEs. Rather than attempting to write a set of development tools of its own, Pida uses tools that the developer has available. In this regards Pida can be used as a framework for putting together your own bespoke IDE.

This will complete the installation 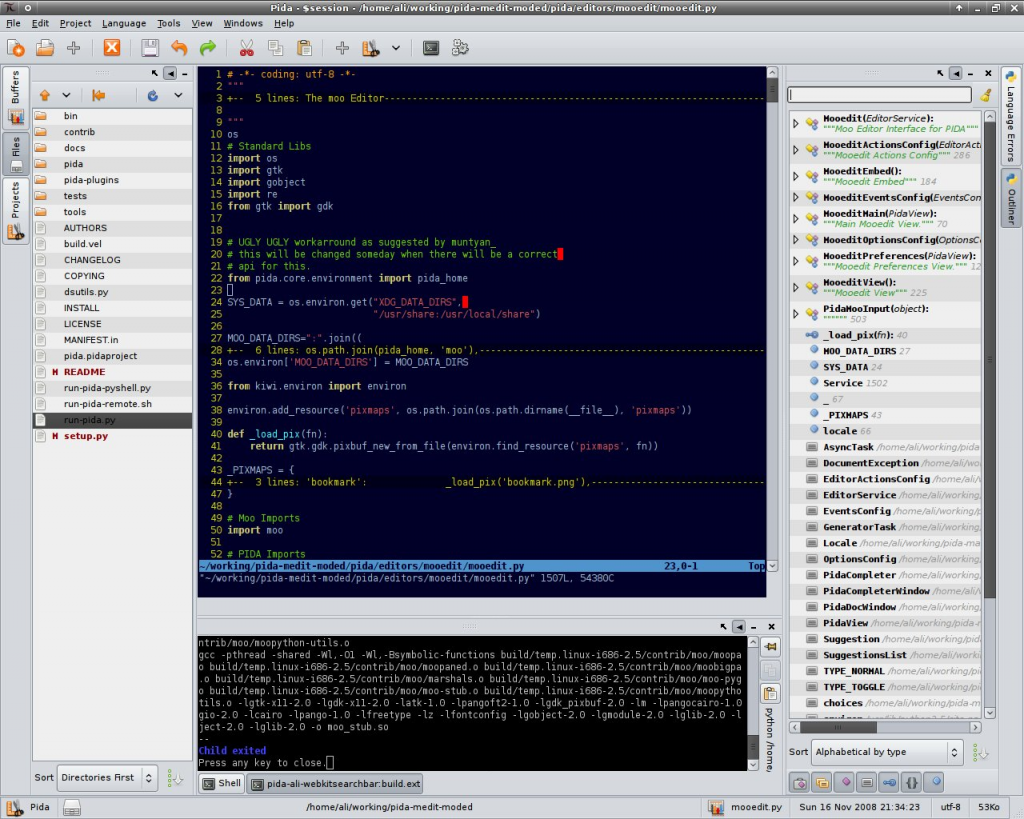