The Ubuntu developers are moving very quickly to bring you the absolute latest and greatest software the Open Source Community has to offer. The Feisty Fawn Herd 1 is the first alpha release of Ubuntu 7.04, and with this new alpha release comes a whole host of excellent new features. The feature list for 7.04 has been slowly growing more exact since Feisty opened late last month. While looking forward nothing is completely certain, here are some of the new things that have already arrived, such as GNOME 2.17, the new 2.6.19 kernel, as well as a good look at the approved specifications for Feisty.

Note: This is still an alpha release. Do not install it on production machines. The final stable version will be released in April 2007.If you want to download this alpha version click here
Now we will see some of Ubuntu 7.04 Feisty Fawn Herd 1 Screenshots gallary click on the image for complete gallary

Apart from this i have found one small mistake when it starts the installation that time final release for Ubuntu 7.04 Feisty Fawn is showing as April 2006 correct value is April 2007 anyway this is still in alpha stage 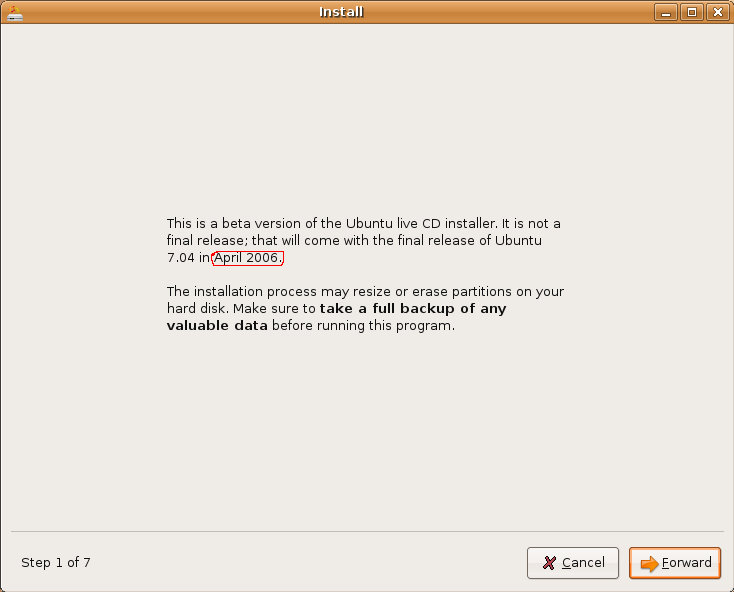